On the eve of the holiday, we heartily congratulate you on the great Victory Day!

May 9, 1945 in the memory of the public is a symbol of courage, steadfastness and stability of our people... 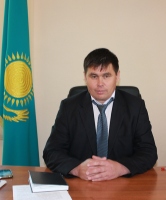 The twelfth State national natural Park «Buiratau» appeared in the expanses of the Republic of Kazakhstan 11 March 2011.

Among animals of the national natural Park «Buiratau» the only species included in the Red book of Kazakhstan, North Kazakhstan, is a mountain sheep argali. In total, the Park will obtam 55 species of mammals, 154 species of birds. Grows 610 species of vascular plants.